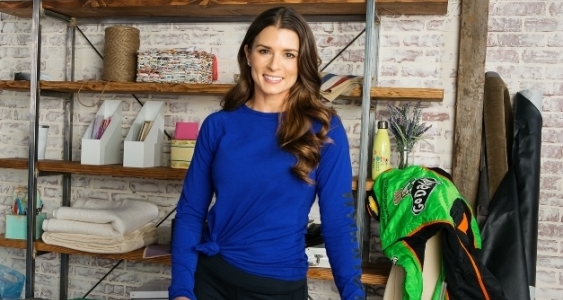 What's Next for Danica Patrick?

THE END OF AN ERA IN MOTORSPORTS – DANICA RETIRES FROM RACING

Now Begins Her Next Chapter as an Entrepreneur

GoDaddy Inc. (NYSE: GDDY), the world’s largest cloud platform dedicated to small, independent ventures, congratulates Danica Patrick on a legendary racing career, and is ready to support Danica with her entrepreneurial endeavors now that she’s retired from the track.

Hours ago, Danica drove the last laps of her career, the 102nd running of the Indianapolis 500, with Ed Carpenter Racing, behind the wheel of the No. 13 GoDaddy Chevrolet. Will Power won. Danica’s team co-owner and driver, Ed Carpenter finished second.

Numerous front-runners and fan favorites crashed. It wasn’t the sports finale her fans wanted. Danica wrecked in Turn Two, almost half-way through the race, and while it was a disappointing day, she will long be remembered for a career of historic milestones.

“I’m appreciative for all of the fans, and my family,” said Danica. “I’m grateful for GoDaddy, and for Ed Carpenter Racing for giving me a good car. Today was a tough day. I will say, though, for sure I’m grateful for everybody and for being able to finish it up like I wanted.”

Now with the so-called Danica Double complete, Danica is ready to focus full-time on her own businesses, each of them passions she considered ‘side hustles’ in recent years.

“Racing has been an amazing platform for me, and I’ve loved it, but now it’s time for me to move to my next chapter. I believe I can make a positive impact in other ways, and hopefully be known for achievements beyond racing,” Danica said. “I want to inspire people and encourage them to give themselves permission to shoot for something that seems totally beyond their grasp. Maybe one day, there will be people who know me first and foremost as a savvy entrepreneur.”

That’s a tall order, but then this world renowned trailblazer has proven she can achieve her goals even when critics squawked as she competed for more than two decades in a sport dominated by men. She was the only woman in this year’s Indy 500. Her final Indy 500 was only the second time she didn’t finish in the top 10. She also holds the record for best Indy 500 finish by a woman, third in 2009. She’s the only woman to have won an IndyCar race, and is one of only 14 drivers to have led laps in both the Indy 500 and Daytona 500.

This year, even though she hadn’t driven an Indy car in seven years, Danica qualified seventh fastest out of 35 drivers vying for a spot in this year’s Indy 500. Her focus and sheer moxie fueled an uncanny ability to perform well under the intense pressure of a mainstream media spotlight that began at Indianapolis Motor Speedway in 2005. That year she made history as the first woman to lead laps at the iconic race. These are characteristics many believe will serve her well in the business world.

“We are proud of all Danica has achieved, and as she said, the last race day represents only a ‘chapter’ in the book, not the whole book. Danica has put on a clinic for years about how to stay strong, keep focused, and never give up on goals. These same characteristics are going to carry her beautifully into her next phase as an entrepreneur,” said GoDaddy CMO Barb Rechterman, who has worked with Danica since 2006. “Her’s is an inspiring story – she started like so many of us, she was a young girl with a dream, she's worked hard, and is following her passion -- she's already learned new skills about business under a pretty big spotlight. We think it's inspiring.”

Danica’s leveraged the branding opportunity afforded by the event known as “the greatest spectacle in racing.” Her No. 13 GoDaddy Chevrolet was decorated with logos she created for her three current entrepreneurial ventures, her book about fitness, “Pretty Intense,” her vineyard Somnium, and her althleisure clothing line, Warrior By Danica Patrick. And she’s poised with future opportunities to promote her brand with events like The ESPYs, which she’s set to host in July – another first for a woman.

Rechterman said, “GoDaddy has been on Team Danica at the track for the better part of eleven years, and it’s been a mutually beneficial relationship, but to get to help guide her through her full-on entrepreneurial transition is especially fulfilling. This is exactly what GoDaddy does – we help entrepreneurs, and business owners, grow their businesses.”

To find out how you can create your own website, grow your business, or get coaching from GoDaddy’s personalized customer service, visit: http://www.GoDaddy.com.

GoDaddy powers the world's largest cloud platform dedicated to small, independent ventures. With more than 17.5 million customers worldwide and more than 76 million domain names under management, GoDaddy is the place people come to name their idea, build a professional website, attract customers and manage their work. Our mission is to give our customers the tools, insights and the people to transform their ideas and personal initiative into success. To learn more about the company, visit www.GoDaddy.com.